as his withered wife blossoms.

And then, God unleashes Zechariah’s tongue. When Zechariah’s “tongue was loosed”

and then, throughout Judea. Because Zechariah’s Prophetic Song showed the promised time had come.

Don’t you think they each thought:

Just as we know the 2nd Advent is promised,

was going to happen today?

Would you not think?

Let us delve together into the rich song of Zechariah,

and in so doing, truly prepare our hearts for this Christmas. 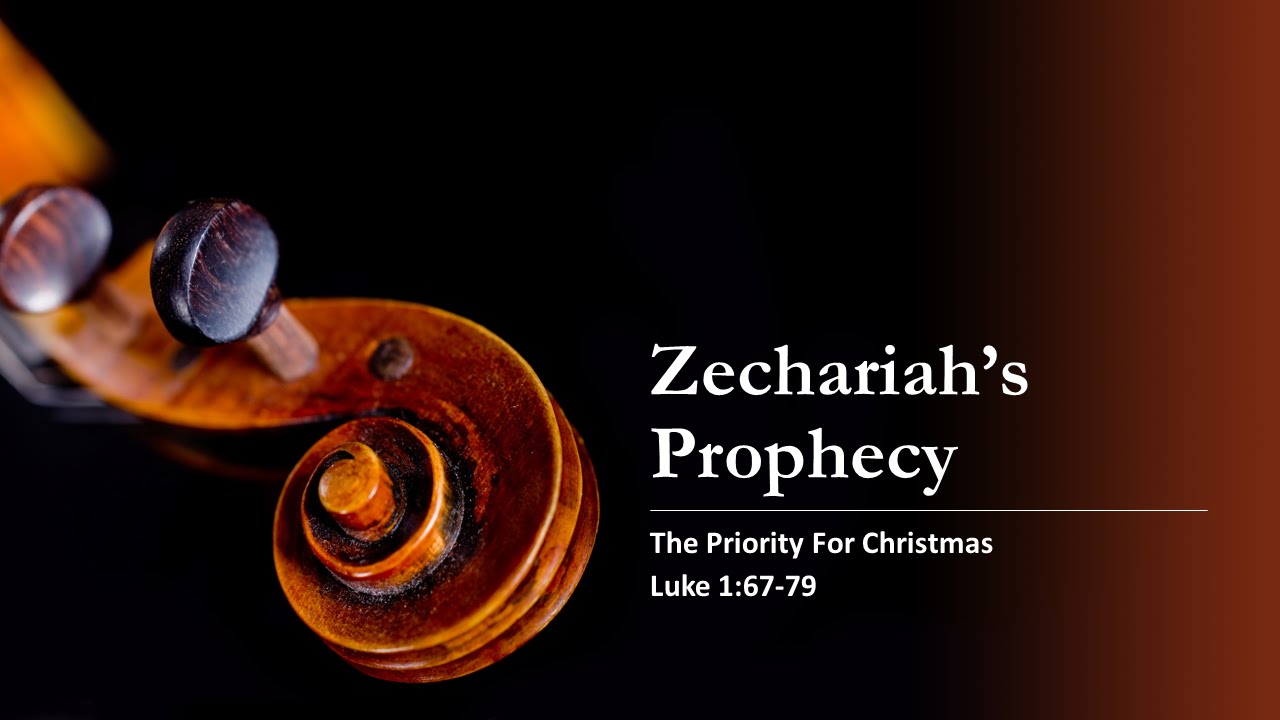 Last Thursday R. C. Sproul died, a man that God used mightily to remind God’s people of the holiness of God, much like John the Baptist. I was remembering my first Christian bookseller’s convention as a young author. Steve and I took our children and we both felt it had almost a carnival air with over a thousand booths, many selling bumper stickers, t-shirts, and trinkets. On Sunday one big name singer after another came out and the audience was in a state of adulation. It didn’t feel like a holy place.

Then R. C. Sproul came out to give the message about the goodness and the severity of God. A holy hush came over the crowd, like I imagine happened that day when Zechariah’s tongue was loosed, and again, when John the Baptist told people to repent for the Messiah was coming.

2. How do you think you would have felt if you were in the room when Zechariah began to prophecy that the Christ was imminent? Why?

Monday: This was a Prophecy from God 3. As an overview, read Zechariah’s whole prayer of prophetic praise  (Luke 1:68-79) and write down a few things that the Messiah will do that are meaningful to you. Which of these have happened already in part?

Tuesday: He Has Visited His People!

Please, please, prepare your heart with this:

A. What is the first thing Zechariah praises God for in verse 68?

B. The word “visited” is like “Immanuel” — God is with us. But using a concordance (or an online sight such a Bible Gateway), find another time or two when the same concept of God coming down and visiting us is expressed in the gospels. Does this give you any additional light? If so, explain. (Another occurs later in Zechariah’s song)

C. What does Zechariah say is going to happen according to verse 71? How has this been partially fulfilled by the first Advent, and how will it be completely fulfilled in the second Advent?

D. Praise God for a time recently that He has rescued you from the enemy who breathes lies, brings despair, and enslaves.

5. Read Luke 1:72-75. What is the purpose of our being rescued from our enemies? How conscious are you of this calling? Explain.

I am pondering the above passage and look forward to our discussion. All of the disciples except for John were martyred. Likewise, Jesus said as we serve Him, a sword will divide us from those who do not love Him, even in our own families. So what does it mean that we can serve Him without fear?

6. What do you think it means that we can serve Him wholeheartedly, no matter how hostile our surroundings, and not have fear? (Look at these passages for insight and ask Him for wisdom before you answer: (Acts 4:25-30 and Romans 8:36-39)

7. How have you been bold for Christ and how could you trust Him more to be bolder?

8. How was John the Baptist bold?

Thursday: And you, my child, will be the prophet of the Most High 10. Read Luke 3:7-20 and describe how John lived out his calling. How could he serve God without fear?

Friday: The DaySpring or Sunrise from on High

A. What will Jesus do?

B. How has He done this for you in the past year or even this Advent?